Today, Kenneth is playing one of the coolest drums in the percussion family.  Kettledrum is another name for Timpani .  Today they are commonly used in orchestras and concert bands .  It consists of a skin called a head stretched over a large bowl traditionally made of copper.   Besides making a cool deep sound, these drums are special because they are pitched–meaning they can play different notes!

The kettledrum apparently originated in the Middle East, but its age is not known with certainty. The earliest known pictures of large, deep kettledrums date from 12th-century Mesopotamia.

Kettledrums spread with Islamic culture through Africa, Central and South Asia, and Europe. In these areas they are often associated with trumpets as symbols of royal power and status. They are usually played in pairs, with the two drums tuned to different pitches. 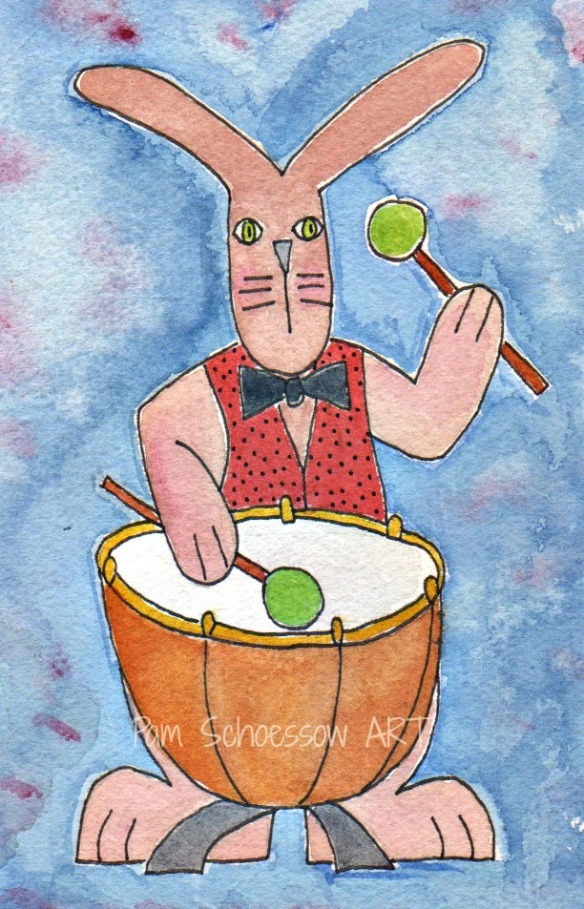